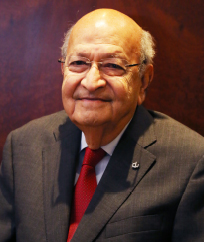 Born in 1932, a student of the Sydenham College of Commerce, Bombay, he joined the company in 1952; became the Deputy Chairman and Managing Director in 1975 and rose to become the Chairman and Managing Director in 1992. After guiding the company in its strategic and decision making policies as the Executive Chairman for more than 20 years he ceased to be whole time Director of the Company in September 2014. He continues to be the Chairman of the Board of Directors of the Company. 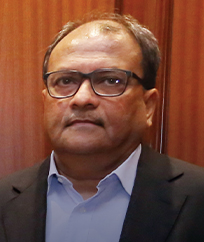 Born in 1958, Mr. Bharat Sheth joined the Company in 1981, just after obtaining his Bachelor of Science (Economics) with honours from St Andrews University, Scotland. In the initial years of his career he worked very closely with his colleagues and gained expertise in chartering and Sale & Purchase activities, the most intricate part of the shipping business. He was inducted onto the Company's Board as an Executive Director on July 1, 1989 and became Managing Director of the Company on April 1, 1999. On August 12, 2005, he was appointed as the Deputy Chairman and Managing Director of the Company. He was appointed as a Whole Time Director on January 30, 2006. He is currently designated as a Director of the Company and Managing Director of Greatship (India) Limited. 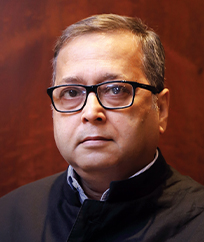 Mr. Icot is a Commerce graduate with a post graduation in Management studies. He joined the company in 1991, as a Manager in the Claims department and thereafter has been instrumental in key roles including creating a Strategic Planning Cell and heading the Commercial function of the company. He is now the Executive Director and Head of Shipping Business. He started his career with United India Insurance Co. Ltd. before moving into the shipping industry. He has had stints with India Steamship and Essar Shipping before joining GE Shipping. He is an Associate of the Insurance Institute of India and a Fellow of the Indian Council of Arbitration.He has also completed his Masters in Financial Management from Mumbai University. 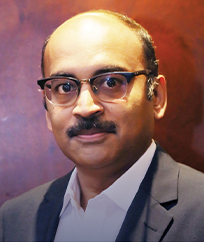 Mr. G Shivakumar is a bachelor of Commerce and a post-graduate in management from IIM Ahmedabad. He joined the Company as a management trainee immediately after completing his management in 1990, and contributed to the company through stints in key functions like Treasury, Corporate Finance, Human Resources, and Strategic Planning, besides being the Chief Financial Officer of our subsidiary Greatship (India) Limited. He is currently designated as CFO. 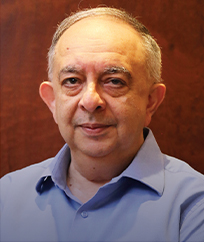 Inducted on the Board in 2006, Berjis is an eminent professional law practitioner. He has extensive experience both as an Arbitrator and Counsel, in International, Commercial and Domestic Arbitrations and has been associated with landmark legal pronouncements and interpretation. He is also on the Board of Greatship (India) Ltd. 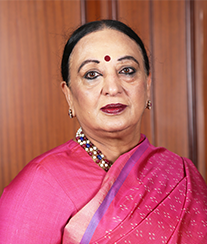 Ms. Rita Bhagwati has more than 35 years of work experience in India and the US in the central bank, in commercial and multilateral banking. Ms. Bhagwati is currently Advisor to the Bower Group Asia (BGA) on Economics and Finance and an independent director on the Board of Indus Towers. Prior to joining BGA, Ms. Bhagwati served as the Regional Economist at the International Finance Corporation (IFC), the private sector arm of the World Bank. She helped guide IFC operations in South Asia by identifying growth sectors, tracking macroeconomic and policy developments and screening potential investments for economic viability. Ms. Bhagwati spent two decades with the IFC, the Institute of International Finance and the World Bank with responsibilities including South Asia, private sector development, project finance, strategic policy, coordination among multilateral agencies, and designing and developing new products to collaborate with the private sector. Ms. Bhagwati began her career as an academic teaching Economics in Delhi University before joining one of India's largest commercial banks. She then went on to serve for a decade in the central bank, the Reserve Bank of India where she worked on Exchange Control, Bank Supervision and Industrial and Export Credit. She holds an MA in Economics from the prestigious Delhi School of Economics, and MA in International Economics from Tufts University in Boston, and an MBA from George Washington University, Washington DC." Mr. Dr. Shankar Acharya, B.A. (Hons.) from Oxford University and Ph.D. (Economics) from Harvard University has considerable experience in various fields of economics and finance. He is a Honorary Professor at the Indian Council for Research on International Economic Relations (ICRIER) and a Member of the Court of Governors at the Administrative Staff College of India (ASCI). He was Chief Economic Adviser, Ministry of Finance; Member, Securities and Exchange Board of India (SEBI) and Member, Twelfth Finance Commission. He has held several senior positions in the World Bank, including Director of World Development Report (1979) and Research Adviser. 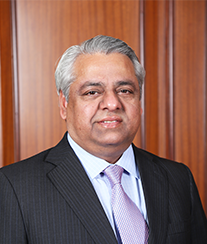 Mr. Raju Shukla has a Post Graduate Diploma in Management from IIM Ahmedabad and a Bachelor of Engineering degree from Vivesvaraya Regional College, Nagpur. He is the Executive Chairman and Founder of Cleantech Renewable Assets Pte ltd (Cleantech Solar Group), a Pan Asian Independent Power Producer that owns and operates solar power plants across South East Asia and India for Industrial and Corporate clients. Cleantech is a joint venture company with Shell Eastern Petroleum Pte Ltd which owns 49% stake in the company. Mr Shukla also serves as the Chairman & Founder of Ariana Investment Management. He is also Non-Executive Chairman of Ocean Dial Asset Management that manages USD 500 mn of assets investing in listed Indian equities. Mr. Shukla served as Managing Director at Barclays Bank plc., Singapore for over 10 years. Prior to joining Barclays, he worked for 9 years with Deutsche Bank, SBC Warburg and DSP Merrill Lynch in senior management roles. 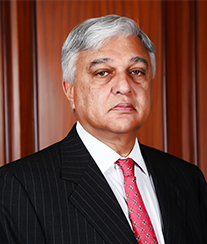 Mr. Pandit holds an MBA degree from Wharton School at University of Pennsylvania and a B.E. degree in Electronic Engineering from VJTI, University of Bombay. He served as a Managing Director at General Atlantic, LLC between 2007 and 2012, and later as an Advisory Director in 2013. Prior to joining General Atlantic, he served as a Managing Director and Chairman of McKinsey & Co. in India. He was the Co-Founder of McKinsey’s India practice. Mr Pandit currently serves as a Non-Executive Director in all Consumer Businesses of Reliance Industries Ltd including Reliance Jio Infocomm Ltd, Reliance Retail Ventures Ltd, Genesis Colours Ltd, BKC Mall Management Pvt Ltd. He is also a Non-Executive Director in CEAT Ltd. He is currently an investor and a philanthropist with a controlling interest in several manufacturing businesses. 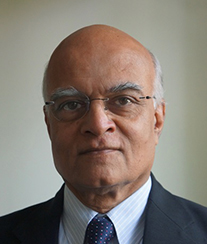 Ambassador Shivshankar Menon is currently visiting professor at Ashoka University, India, and Chair of the Ashoka Centre for China Studies. He was previously National Security Advisor to the Prime Minister of India, Jan 2010-May 2014; Foreign Secretary of India, October 2006-July 2009; and has served as the Indian Ambassador or High Commissioner to China, Pakistan, Sri Lanka and Israel. In 2016 he published Choices; Inside the Making of Indian Foreign Policy. His book on India and Asian Geopolitics; The Past, Present (Brookings Press USA, Penguin Random House India) was released in April 2021. He has been a Fisher Family Fellow at the Kennedy School, Harvard University, and Richard Wilhelm Fellow at MIT in 2015. He was chosen one of the Top 100 Global Thinkers by Foreign Policy magazine in 2010. He is also Chairman, Advisory Board, Institute of Chinese Studies, New Delhi; Distinguished Fellow of the Centre for Social and Economic Progress, India; Distinguished Visiting Research Fellow at the National University of Singapore; Member, Board of Trustees, International Crisis Group; and, a Distinguished Fellow, Asia Society Policy Institute, New York. 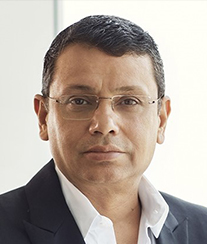 Mr. Uday Shankar, director at Marigold Park, is a highly successful and globally recognized Indian executive who created one of the biggest media and entertainment businesses in the Asia-Pacific region. In his new avatar, Mr. Shankar is a technology entrepreneur and is partnering with James Murdoch to set up technology-led enterprises. He currently also serves as the Immediate Past President of the Federation of Indian Chambers of Commerce and Industry (FICCI), Indias premier industry association, and was formerly the President of the Indian Broadcasting Foundation (IBF). Mr. Shankar has served in several leadership roles including as Chairman and Chief Executive Officer of Star India, President of 21st Century Fox Asia, and more recently President of The Walt Disney Company Asia Pacific Chairman of Disney Star India. Under his leadership, Star transformed into the regions leading company placed distinctively at the intersection of media, entertainment and technology. He is credited with leading the streaming and OTT revolution in India and in the APAC region. Hotstar is now a leading global OTT. Star Sports transformed into Asias leading sports network during his tenure. He also led the companys strong foray into regional and local language content, building a comprehensive consumer offering across entertainment and sports. Mr. Shankar started his career in news and is widely regarded as the pioneer of television news revolution in India with the launch of Aaj Tak, Star News and whats now known as India Today TV. Mr. Shankar has been a key contributor to shaping the Indian media and entertainment sector, championing important reforms such as digitization of the distribution ecosystem and self-regulation of content. Mr. Shankar serves on the boards of global non-profit Malaria No More, and on the boards of Kotak Mahindra Bank and Business Standard. He also serves as an Advisor to the board of US-India Strategic Partnership Forum (USISPF). Mr. Shankar has been awarded numerous business and industry honours. He was conferred the honorary doctorate degree by Bennett University (The Times of India Group). He was recognized by Forbes India as the Best CEO (MNC), named Entrepreneur of the Year (Entrepreneurial CEO) by EY, and has featured in Indian Express 100 Most Powerful Indians and in India Todays 50 Most Powerful People in India. Mr. Shankar has completed his Masters in Philosophy and Bachelor of Arts (B.A.) Honours from Jawaharlal Nehru University. Mr. T. N. Ninan is widely considered to be a pioneering editor and trend-setter in Indian business journalism. Inthe course ofa career spanningfivedecades, he brought about transformativechange in different publications that he led as the editor.Over the years he has been involved with a number of non-profit organisations. Mr. Ninanwas the editor ofBusiness Standardfrom1993 to 2009,and from 1996 to 2009 itspublisheras well. He was thechairman of thecompanysboardof directors from 2009 till 2020. Earlier, Mr. Ninan was the editor of The Economic Times; and, in the 1980s, the executive editor at India Today. Mr. Ninan writes a widely-read weeklyopinioncolumn, Weekend Ruminations, in Business Standard; the column is translated and published indifferentvernacular publications. His book,The Turn of the Tortoise (2015), offered a critical assessment of Indias economic prospects.He has also been a television commentator on economic and business issues. Since 2016, Mr.Ninanhas been chairman of the board of trustees of Independent and Public-Spirited Media Foundation, the largest charitable funder of independent news websites. He is an independent director of The Press Trust of India Ltd, Indias leading wire service. He is a past president of the Editors Guild of India. Mr. Ninan isa recipient of professional awards, including two for lifetime achievement.